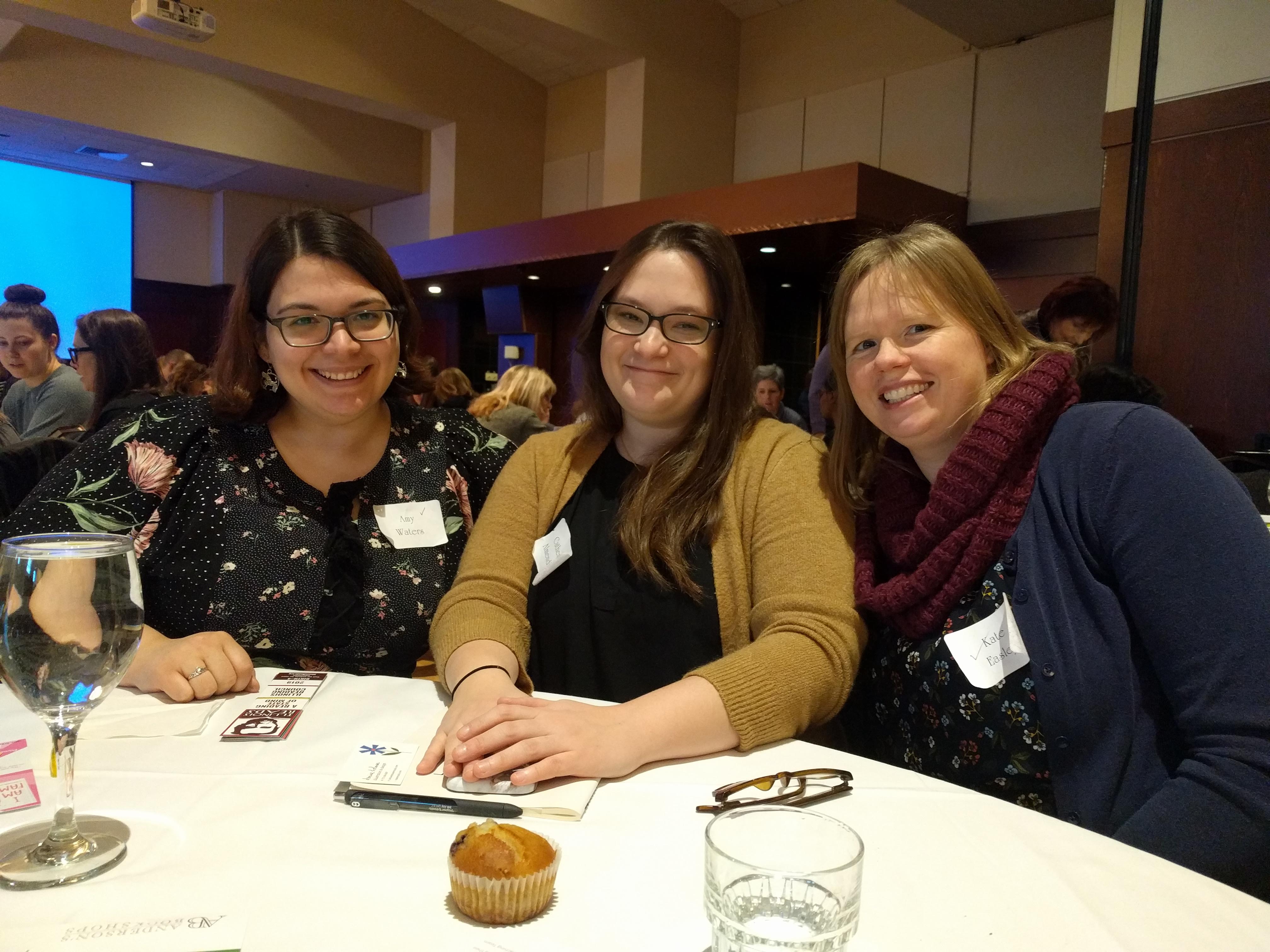 For the past 17 years, Anderson’s Bookshop has been hosting a Children’s Literature Breakfast where librarians, teachers, parents, and lovers of children’s literature are invited to meet and mingle with regional pre-kindergarten through grade 12 authors and illustrators. A full breakfast is served, and table discussions are intermixed with a variety of keynote speakers.

Lincoln Peirce is a cartoonist, writer, and the creator of the popular series BIG NATE. As an author, Peirce aims to develop characters that young people will identify with and books that are fun to read. He definitely succeeded with BIG NATE and his next series, Max & the Midknights , is sure to follow in its footsteps. Max wants to be a knight more than anything, but his uncle expects Max to become a troubadour, a traveling entertainer. Hilarity ensues as Max and a band of misfits embark on a quest to rescue the kingdom of Byjovia. Peirce’s cartoons blend well with the text, mixing graphic and traditional fiction. 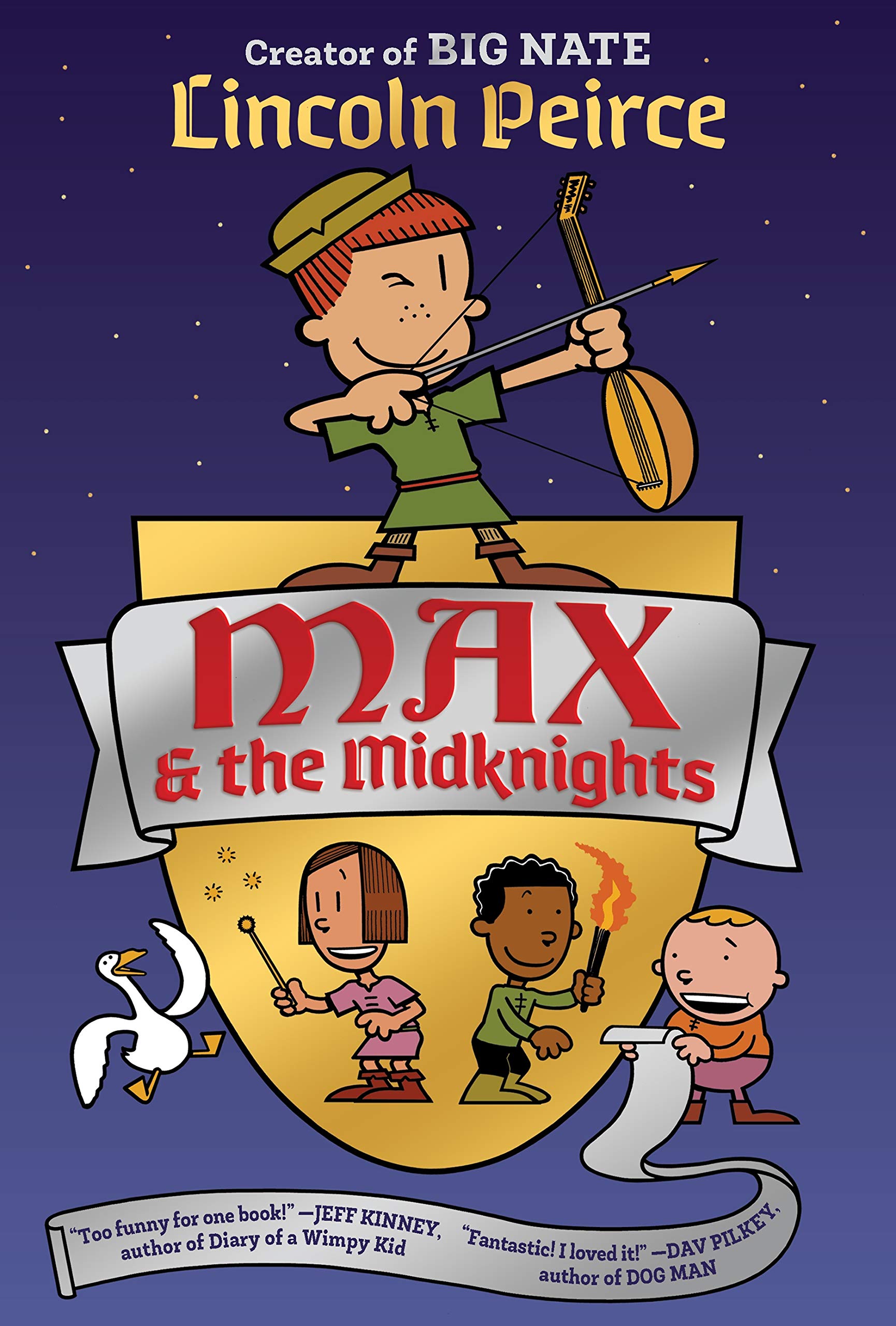 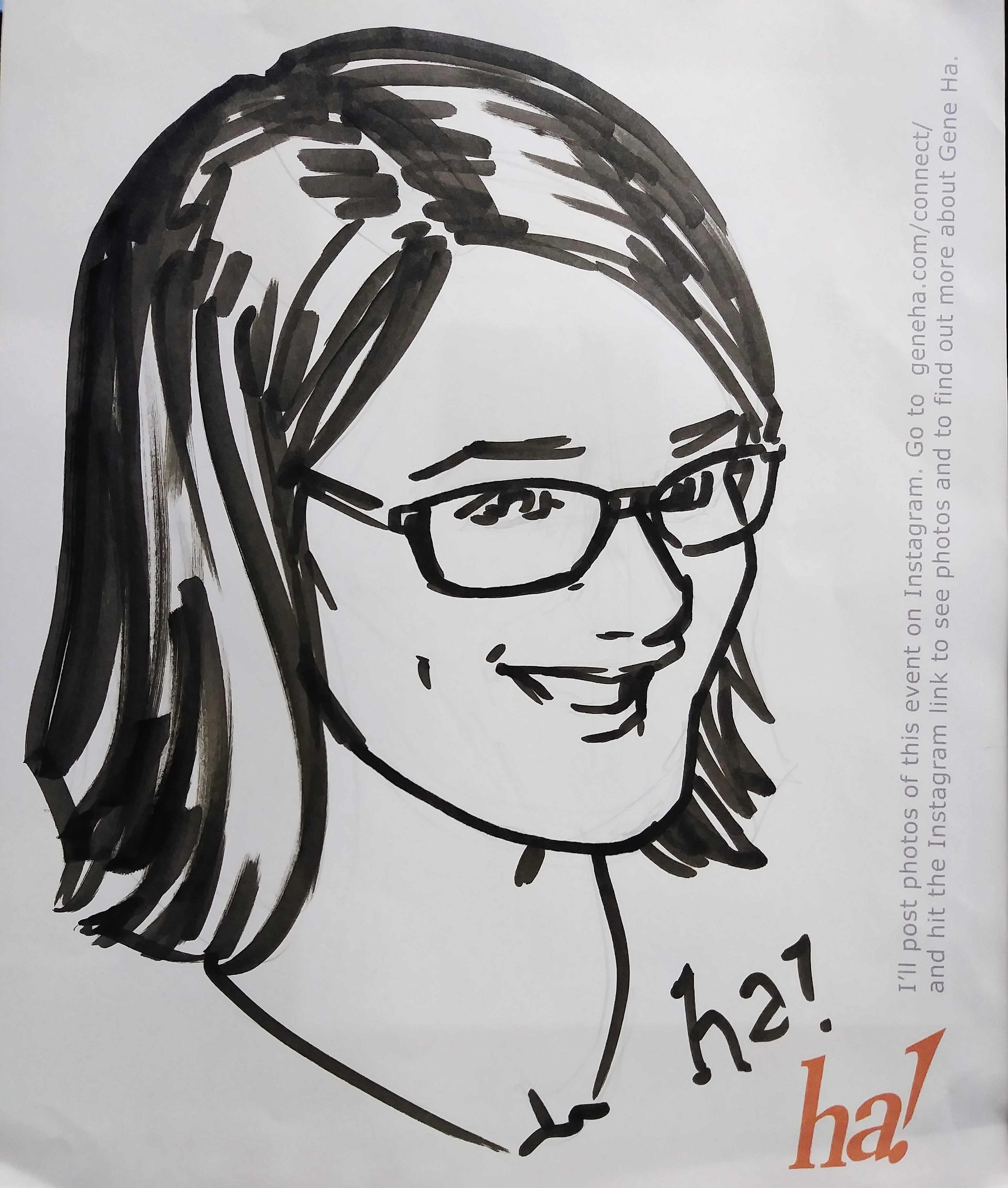 Andrea Beaty is the author of Questioneers , a new series based on her bestselling picture books, Iggy Peck, Architect , Rosie Revere, Engineer , and Ada Twist, Scientist . Her books are a great introduction to STEM learning (Science, Technology, Engineering, Math) and encourage kids to “Read. Question. Think.” Beaty’s books are so popular they’ve even made their way to the International Space Station! Your kids can listen to astronaut Kate Rubins read Rosie Revere, Engineer online . Some of Beaty’s books are also available in Spanish and can be found in our J400s section.

A highlight of the morning was meeting comic artist Gene Ha and getting my picture drawn by him! Ha’s new graphic novel, Mae , is recommended for age 13 and up. Mae’s older sister has been missing for eight years. But when Abbie suddenly reappears, she is followed by some unexpected creatures from the monster-filled world she’s been living in. 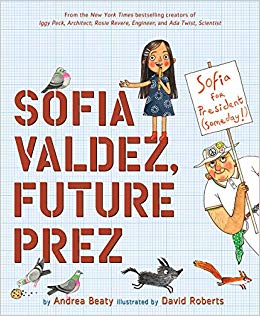 Sofia sets out to prove what a kid can do as she comes up with a plan to transform Mount Trashmore, a dangerous landfill in her city. Sofia Valdez, Future Prez will be released on Election Day, November 5, 2019.

Max Amato’s book Perfect is about an eraser who desperately tries to keep pages clean against the scribbles of a mischievous pencil.

For beautiful Caldecott Medal-worthy illustrations, check out Matthew Cordell’s Wolf in the Snow and King Alice.

You may recognize Mac Barnett’s hilarious Terrible Two series, but you may not know about his Mac B. Kid Spy books, which he describes as a “funny spy story with some cool facts.”