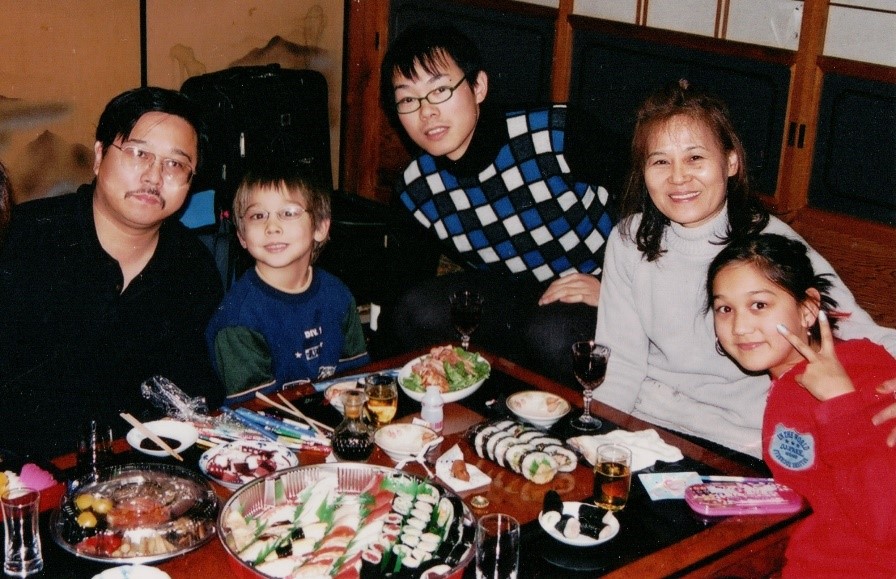 First, let’s clear up some misconceptions: sushi does not mean raw fish. Sashimi means raw fish. The word “sushi” refers to the rice portion of this tasty treat. The “su” in sushi means vinegar, which along with sugar are the main ingredients that are mixed with rice to make the sushi rice.

Most of the sushi rolls that can be ordered at your local Japanese restaurant, like California Roll or Dragon Roll are not varieties that an average Japanese person would be familiar with; they are American innovations for the American market. That is not to say that the Japanese do not innovate their sushi. My two most favorite sushi rolls are Japanese innovations: tuna mayo, which is filled with tuna salad, and katsu, which is filled with slices of deep-fried pork cutlet.

My family and I often have make-your-own sushi for dinner. We set out nori, sushi rice, and a variety of fillings and everyone creates their own favorites. My cookbook collection contains two sushi cookbooks: Sushi at Home by Kay Shimizu and Sushi American Style by Tracy Griffith. The first book is my go-to; I use it so often that it opens right to the recipe for sushi rice. The other is great for non-traditional sushi.  Both are hard to get, but available through Interlibrary Loan.

All this talk about sushi has made me hungry. I know what I’m having for dinner tonight!