Macmillan Publishers has decided to limit readers’ access to new ebook titles through public libraries. Now, libraries may only purchase ONE copy of each new ebook published by Macmillan for the first eight weeks after a book’s release. Macmillan is currently the only major publisher to do this.

What does this mean to me?
Members who prefer ebooks to print media might have to wait longer to borrow books that are published by Macmillan.

Why has Macmillan done this?
Macmillan CEO John Sargent has stated that the first eight weeks after release are when the most ebooks are sold . By restricting library access, Macmillan believes it will sell more copies to individual users. According to Macmillan, every ebook checked out from a library is a lost sale and ebook lending hurts the bottom line.

What are libraries doing about this?
GEPL is committed to providing the best possible access to ebooks at no cost to our members. We oppose Macmillan’s decision. Libraries are a significant portion of the ebook market and we believe Macmillan is making a mistake by refusing to let us purchase ebooks in a timely manner. This decision also disproportionately affects users with disabilities. People with visual impairments or other physical disabilities that restrict them from coming to the library often rely on ebooks. Macmillan is unfairly restricting access for these users.

How much do ebooks cost?
It varies depending on the format and publisher, but libraries generally pay between $20-$70 per ebook. Purchasing ebooks on Amazon typically costs between $1.99-$14.99 per ebook; an Audible membership costs $14.95 per month. These prices are why so many people choose to get their ebooks through the library – it’s free with your library card!

Which titles might I have to wait longer for?
Popular authors published by Macmillan include: Tomi Adeyemi, M.C. Beaton, Alan Brennert, W. Bruce Cameron, Glennon Doyle, Brenda Novak, Nora Roberts, and V.E. Schwab. Due to this new Macmillan restriction, you may find that your wait time is longer for new releases by these and other authors. 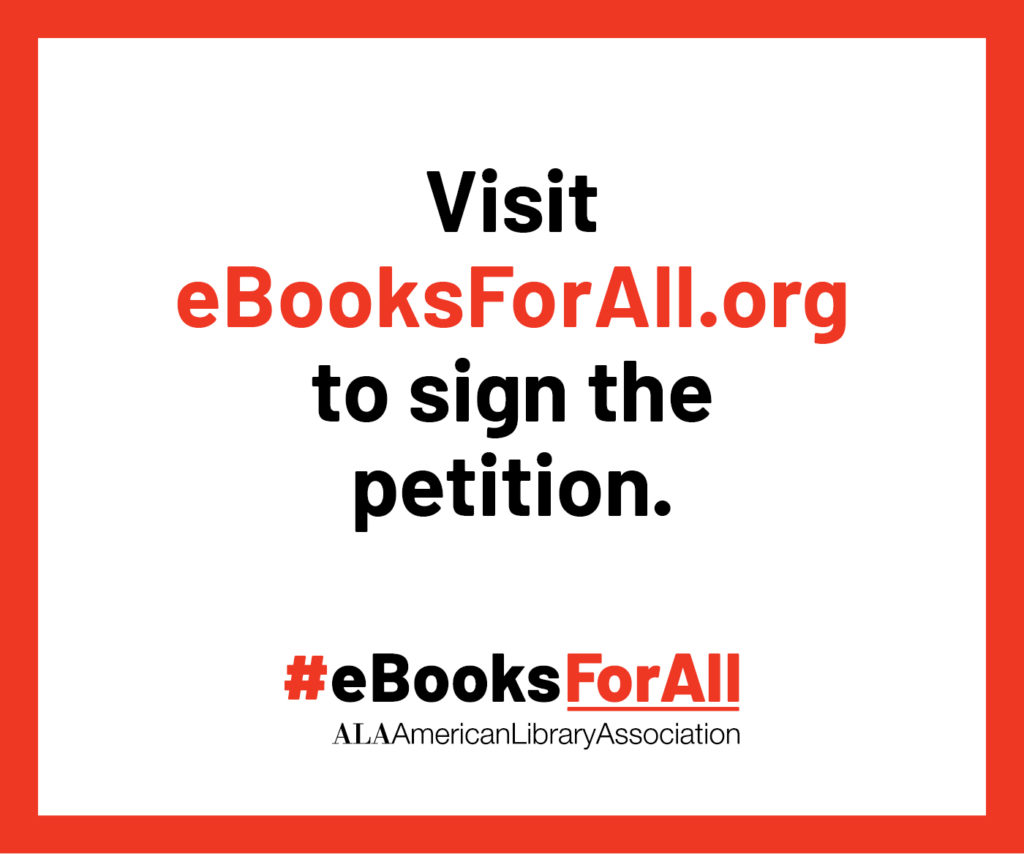 What can/should I do?
Stand with libraries by signing a petition through the American Library Association to tell Macmillan CEO John Sargent that you disagree with this embargo.

What are some good sources for more information?