C2E2 (Chicago Comic and Entertainment Expo) took place in early December 2021. Not only did I attend informative sessions, but it was great to see so much artwork and so many comics for sale, as well as some great cosplay. 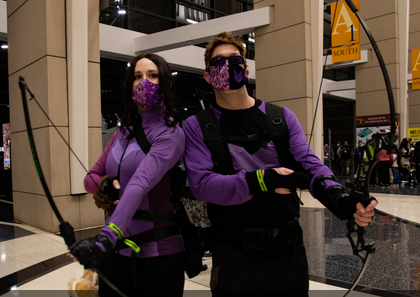 Wikipedia defines cosplay as “an activity and performance art in which participants called cosplayers wear costumes and fashion accessories to represent a specific character.” In a way, we do this on Halloween! Comic conventions for many years were exclusive to comics, but there has been a great explosion into TV shows like Doctor Who, Supernatural, and anime and manga, too.

According to True Swords Ten Rules of Cosplay Etiquette ,

Characters from books, graphic novels, and manga are a great source for cosplay and it’s a wonder to see them brought to life. The creativity and ingenuity people use with cosplay is inspiring and endless.

Thanks for reading! Stay safe and awesome, until next time.